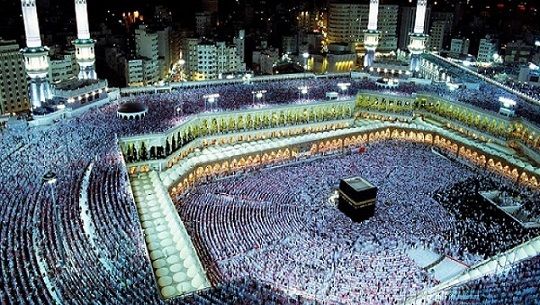 Hajj Qurandazi has been held in Islamabad and the winners of Hajj draw result 2018 were announced by the Ministry of State for Religious Affairs Pakistan.

Procedure to check your name in Hajj Balloting:

You can also ask us to check your name in final Hajj listing. Put your NIC or Application number in the comment box and visit back, we will update under your comment accordingly.

We wish you get the chance to perform auspicious Hajj prayer this year 2018.

Government Hajj Scheme had to offer 50% of the overall Hajj quota and finally 87,813 lucky names have been announced.

The results of Hajj 2018 draw result have been announced on Thursday, 1st March 2018, afternoon.

How to find your name in final Hajj listing 2018?

On Friday January 26, 2018, a sudden last-minute decision from the ministry of religious affairs caused the postponement of the Hajj balloting 2018, which was previously due to occur today, after a stay order was issued by the Sindh High Court. On Thursday, the Sukkur bench heard a petition about certain restrictions and conditions of the new Hajj policy, declaring them anti-Islamic and against the Sharia, leading to the issuance of a stay order on the balloting.

What if you are selected in the Hajj qurandazi 2018?

If your name exists in the hajj 2018 draw list, you will be required to meet the remaining criteria, which is to view the schedule of Hajj flights for 2018. Then, you will be required to deposit the dues within the bank, obtain your ticket and prepare your passport, and arrive at the airport at the right time and date mentioned for your CNIC flight schedule.

The ministry of religious affairs shall announce the new dates for Hajj balloting 2018 later to continue the Hajj Balloting process.

The Government Hajj Scheme 2018 has garnered a ground-breaking number of nearly 374,829 applications, of which nearly 120,000 applications were supposed to be picked through the balloting process today. Nearly 81,985 applications were from Karachi, 72,438 from Lahore and 67,869 from Islamabad. Other cities, such as Multan, Faisalabad, Quetta, Sukkur, Sialkot and Rahimyar Khan also generated a large number of applications.

In December 2017, the ministry began receiving the applications after the new Hajj policy was approved by the Cabinet, at the designated bank branches across the country from 15th until 24th January.

Must Have Things for Hajj Applicants 2018

All applications must have their CNIC card, medical certificate, and a valid passport until February 2019. It is now extremely convenient for applications to verify group details and other basic information. If you are faced with an issue, for instance, incorrect CNIC number, extra or missing group members, lack of essential information or other issues, you simply have to contact the branch of the bank where you submitted your application.

The application process began from 15th January, while 26th January 2018 was the date announced for Hajj 2018 draw in Pakistan.

According to the announcement by the Ministry for Religious Affairs and Interfaith Harmony, the applications for Haj 2018 will begin from 15th until 24th January. While announcing the new Hajj policy in Islamabad on Wednesday, he declared that the Haj package for 2018 amounts to Rs. 280,000 for those in the north and Rs. 270,000 for those in the South. An additional cost of Rs. 13,050 will be required for the sacrifice of an animal.

The government has also declared its decision to raise its quota to 120,000, while private tour operating firms will be catering to the remaining pilgrims. The new policy has garnered the approval of the federal cabinet, and the religious ministry is discussing the need to reduce the duration of Hajj to 30 days instead of 38 days to make it easier and convenient. A special quota of 10,000 people has been reserved for the elderly applications above the age of 80, along with allowing an attendant to accompany them.

Failed to Get Listed in Hajj Balloting 2018?

The applications who have failed to win Hajj draws for at least three years will be at an added benefit as nearly 10,000 seats have been reserved especially for them. As per the new policy, those who performed Haj via the government scheme will not be allowed to submit their application for the government scheme in 2018, while those who have performed Hajj for the last three years will not even be allowed to apply through the private quota.

Are you looking for the procedural instructions for submitting your Hajj application form 2018 for Pakistani citizens? Pakistani citizens have waited long for their government to announce the new Hajj Package 2018, which features several new amendments that offer multiple facilities and convenience to the pilgrims, especially women and those who haven’t been able to win the Hajj draw for over 3 years.

The government authorities and the ministry of religious affairs have publicly announced the details of submission of the Hajj application form, Hajj balloting 2018 along with the schedule and pricing packages for 2018.

You can easily download the online Hajj application form 2018 from the bank branches mentioned below:

You can find all the necessary instructions to fill the Hajj Application Form 2018 for Pakistan on the downloadable form. Government authorities have declared three types of Hajj packages for 2018, and they are:

Of these three packages, the blue package is the most expensive and lavish, while the green package takes a mediocre approach towards expense and luxury, the white package is the cheapest and designed for pilgrims who can’t afford too many expenses. Those who avail the blue package can enjoy the option of residence that will be nearly at a 900 meters distance from the Haram.

The special duties of dropping all the Hajjis at Saudi Arabia will fall upon the Pakistan International Airlines, and they will undertake these duties with their special flight scheme.

These flights will take off from the cities mentioned below:

According to the statistics revealed by the Fiqh Council, located in North America, in 2018, the dates of Hajj are expected to start from August 30th until September 4th.

It may be remembered that Hajj 2018 draw list is yet to be announced in Pakistan. New date for Hajj Qurandazi 2018 will be announced soon by the ministry.

Let’s take a look at all the important days of Hajj and their estimated dates in 2018:

A Little Word about Hajj

Hajj is referred to the annual pilgrimage made by Muslims all over the world when they visit the Holy city of Makkah. This spiritual journey takes place once every year, and nearly 3 million Muslims take part in it.

The Islamic beliefs regard Hajj as a mandatory practice for all Muslims who can afford to perform it. Therefore, Hajj has a significant importance in the beliefs of Muslims. Even those who cannot afford it keep saving and scraping away money all their lives to perform this sacred journey at least once in their lifetime.

When Do Muslims Perform Hajj?

The Hijiri or Islamic calendar holds much significance for Muslims living all over the world. Basically, it is a lunar calendar that works on the basis of moon sightings. The arrival of each month is marked by the physical sighting of the new moon. The dates of the Gregorian calendar are based upon certain astronomical measures. Now, while the Gregorian dates for Hajj keep changing each year, the Islamic dates are therefore more important.

As the new date for Hajj Balloting 2018 (Hajj Qurandazi 2018) is announced, we will update you through this page. Stay tuned with us.

Once the Hajj draw 2018 in Pakistan takes place, you can enter the details in the comments box and we will check it for you.

We wish your name be in the final Hajj list 2018 and you get the chance to perform this holy journey on the land of Makkah. 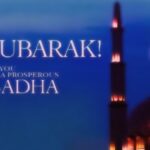